The Greater Greenville real estate market shows a 7 percent increase in the average residential sold price for September 2017 over September 2016. However, the number of units sold in September 2017 has decreased about 3 percent since September of last year. 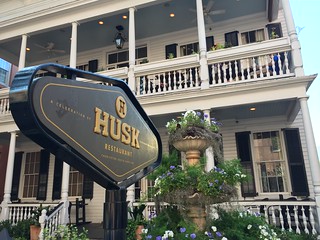 Did you know that there are 34 cities named Greenville in the United States? Who would have thought that our Greenville would now be considered a “hot culinary destination?” According to Garden&Gun, VacationIdea,  USA Today, The Charlotte Observer, and The Washington Post we are!

The article by The Washington Post noted the following:

“Greenville’s vibrant food scene has received praise from Zagat as an under-theradar Southern food destination and from Esquire as the next big food city of the South. Not to mention that chef Sean Brock, a James Beard Award winner, chose Greenville as the third location for his acclaimed restaurant, Husk, which is slated to open this fall/early winter.” Read more…