February 2019 experienced the largest month-over-month gain since December 2015, according to the National Association of Realtors®. Three of the four major U.S. regions saw sales gains, while the Northeast remained unchanged from last month. 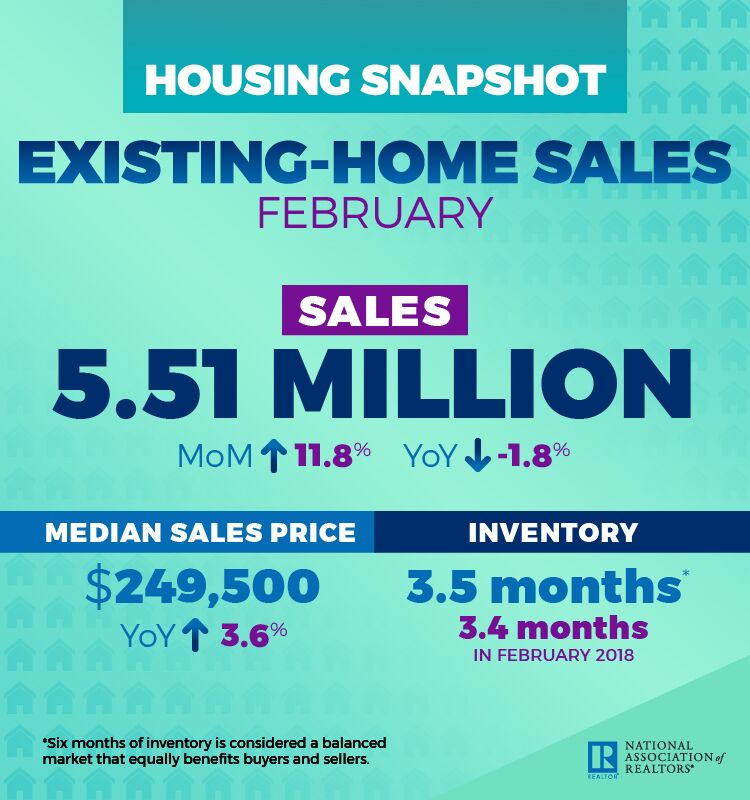