October 2018 Greater Greenville Real Estate Market – our local market showed a significant decrease in the number of units sold between August and September. 1,352 homes sold in August and only 1,050 in September. That’s a decrease of 22 percent. The Average Sold Price also suffered a minor decrease of 3%.

According to the NAR existing-home sales in the South decreased 5.4 percent to an annual rate of 2.11 million in September, down from 2.12 million a year ago. The median price in the South was $223,900, up 3.0 percent from a year ago.

According to the National Association of Realtors®, all four major regions saw no gain in sales activity last month. Existing-home sales declined in September after a stagnant August. 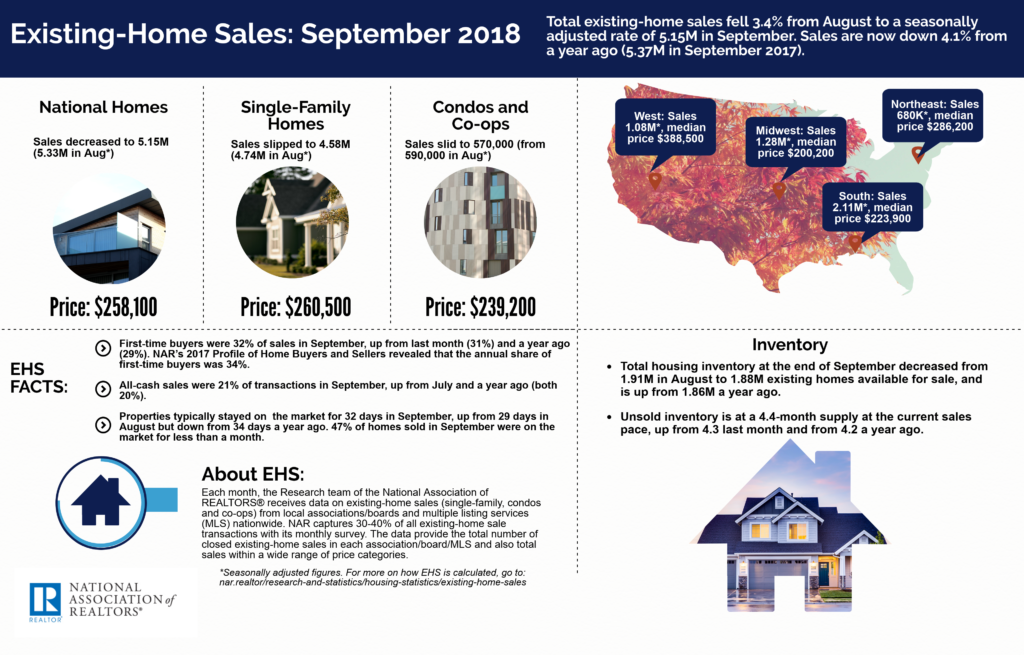 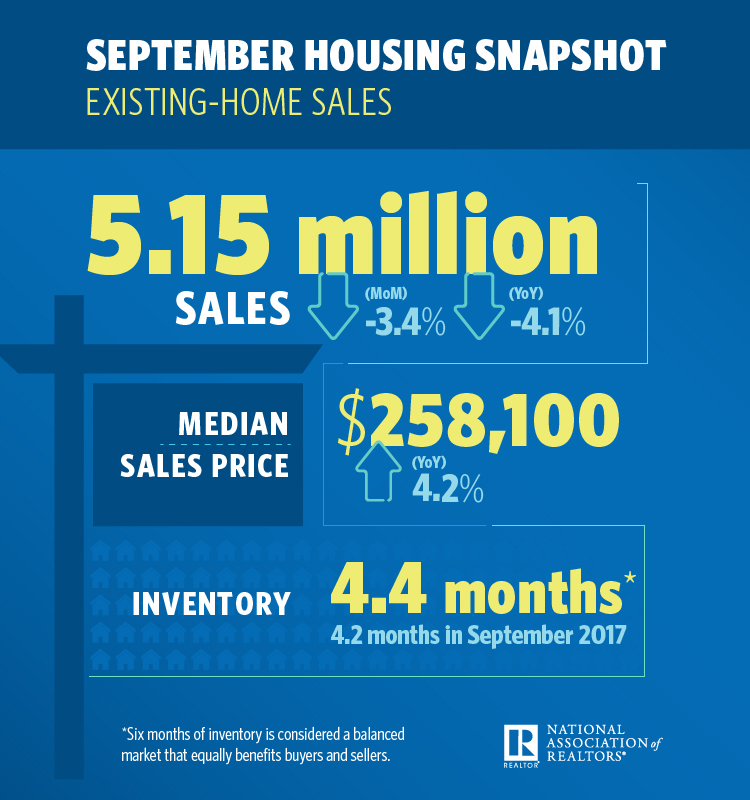