According to the National Association of REALTORS® existing-home sales in the South decreased 0.4 percent to an annual rate of 2.23 million in August, up from 2.19 million a year ago. The median price in the South was $227,900, up 3.2 percent from a year ago. 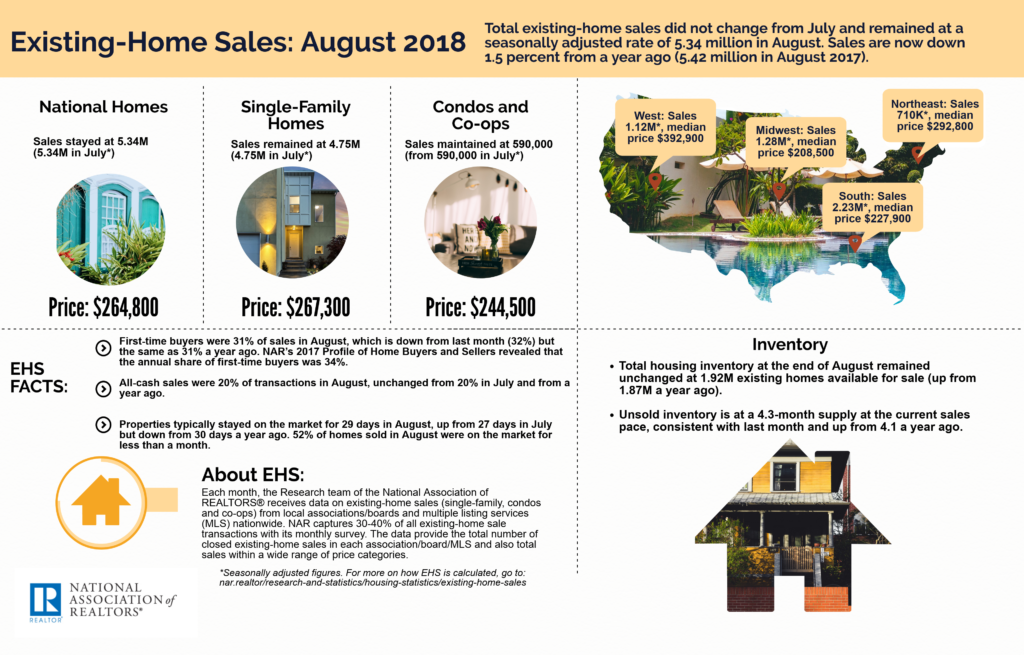 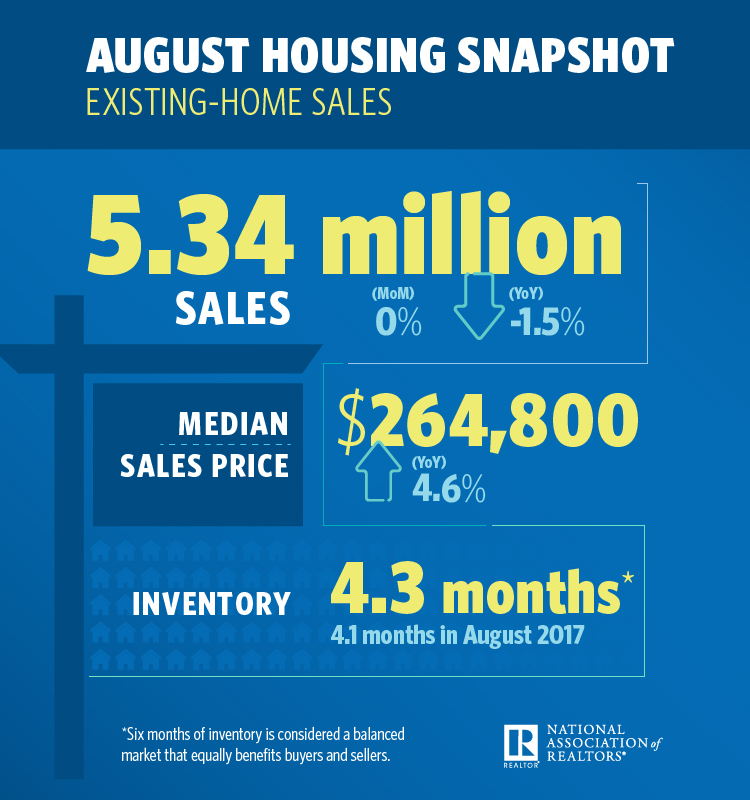