FEBRUARY 2019 Greater Greenville Real Estate Market – January 2019 saw a sharp decrease of 33.7 percent in the total number of units sold between December 2018 and January 2019. However, there was a 1.3 percent increase in the Average Sold Price.

According to the National Association of Realtors®, Existing-Home sales experienced a minor drop for the third consecutive month in January. Of the four major U.S. regions, only the Northeast saw an uptick in sales activity last month. Total existing-home sales decreased 1.2 percent from December to a seasonally adjusted annual rate of 4.94 million in January. Sales are now down 8.5 percent from a year ago (5.40 million in January 2018).

NAR’s chief economist, Lawrence Yun, points out that the market is still suffering from an inventory shortage. “In particular, the lower end of the market is experiencing a greater shortage, and more home construction is needed…” 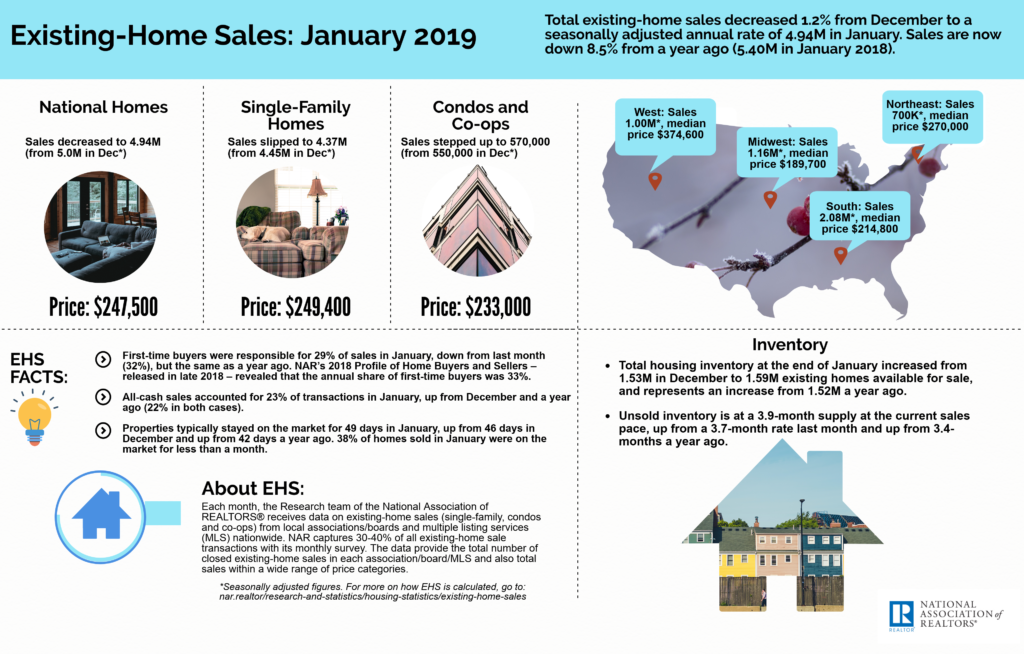 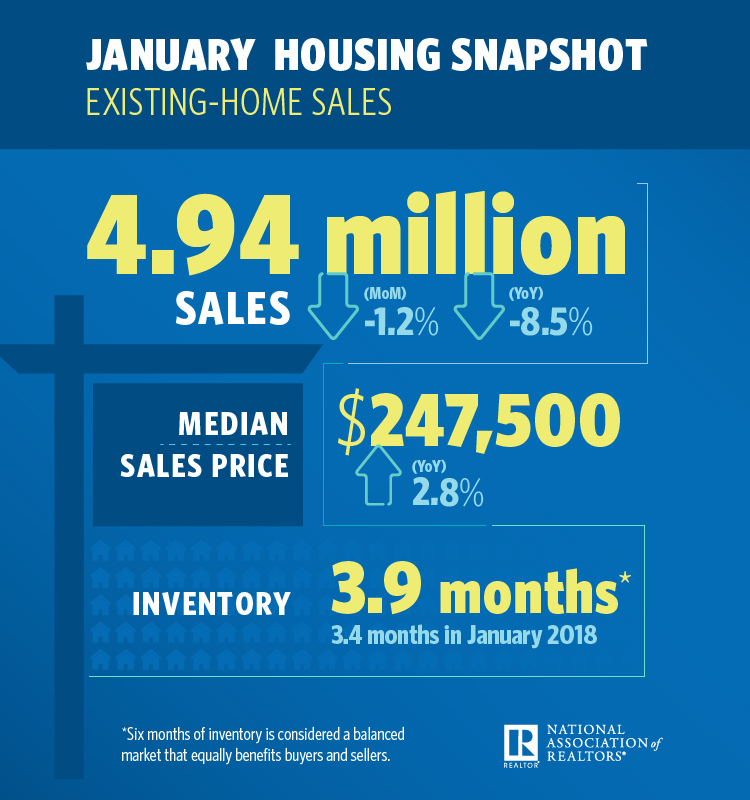 As of 2002, then President George W. Bush proclaimed the entire month of June National Home Ownership Month! For the past 12 years, we have celebrated every June by enjoying the national pastime of owning a piece of property in the United States. As we reflect on the upcoming months in real estate, here is a small excerpt from that speech that President Bush gave that day:

“During National Homeownership Month, I encourage all Americans to learn more about financial management and to explore homeownership opportunities in their communities. By taking this important step, individuals and families help safeguard their financial futures and contribute to the strength of our Nation.”

With June underway, there is no better time than now to celebrate the American dream by owning your own The Cliffs real estate. Having that pride of ownership is what we live for, as well as the financial stability that the piece of property can bring for you in the years to come. Owning your own home is still on everyone’s must have list as they grow older and with the economy picking back up, now is definitely the time to pursue those options!

New Homes Sales Rise 6.4% in The Cliffs For April

2014 is starting to turn out to be the home of steady increases. In 2013 we saw a steadfast trend that made the The Cliffs real estate market bounce back immensely from the fall of 2008. The increase in prices rose approximately 13% during 2013 and 2014 has been a slowly but surely steady increase as well. Just announced today, new home sales have risen 6.4% for the month of April showing no signs of stopping the market as the summer months start to heat up.

Nationally, 407,000 new homes sold was the set pace for March, and April took that to the next level with 433,000. Originally, the Wall Street Journal economist even stated that April would only be seeing approximately 420,000 new homes sold. A modest 13,000 over the prediction is not a bad way to ease in to the upcoming hot summer months.

New single family houses are currently on the rise as the trends tend to show that most of the home buying and selling seasons increase dramatically in May, June, July, August and September. An increase in April is the perfect first act to our real estate play that is about to unfold.

Over the past few months, The Cliffs home prices have remained high while mortgage rates have priced many individuals looking to move or purchase their first property out of the market. With the recent fall of the mortgage rate to an astounding 4.14%, buyers are starting to come to the market with purchasing their new home in sight as affordability is becoming a mainstay of this current rate.

“The more reliable building permits data suggest that demand for new single-family homes bottomed out in the first quarter after a rate-related pullback in late 2013, and has resumed mild growth,” economists at Wrightson ICAP stated. Sales of previously owned homes has risen nationally as well up 1.3% this previous month to approximately 4.65 annually. As of right now, existing home sales takes a majority of the The Cliffs real estate market with an astounding 90% of all of transactions in the United States.

What is nice to notice though is that although the drastic increase that we saw last year helped to pick up the real estate market out of our current slump, the steady and every so slightly subtly increase month after month is a nice indication that the market is here to stay.