One of the fastest growing cities in the country!

The Greater Greenville real estate market is doing well with an increase of more than 8 percent in the average sold price and number of units sold from August 2016 and August 2017. The current median list price of homes for sale is $259,900.

According to FortuneBuilders.com the “Greenville real estate market has taken today’s recovery and run with it. As a result, Greenville is now recognized as one of the fastest growing cities in the country. The local housing market is no exception. In the last three years, homes have appreciated an impressive 17.1 percent. However, in the last year alone, appreciation jumped from a modest 2.6 percent to today’s 6.6 percent. While appreciation has tempered, just like the rest of the United States, it is still heading in a positive direction…Price gains appear to be sustainable.” Read more… 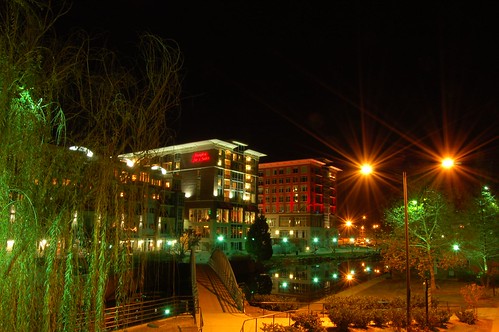 As we look ahead to 2013, the Greater Greenville area offers an enviable economic future.

According to research by Area Development Magazine, South Carolina was ranked #2 just behind Texas as the state with the most new and expanding business in 2012. With investments totaling $3.4 billion, exports grew 21 percent. South Carolina also was ranked No. 2 for overall business climate and No. 3 for infrastructure and global access. Aggressive state job training programs and anticipated growth in investments and expanding businesses should keep South Carolina in the national spotlight in years to come. Three companies in Greenville County plan to expand their operations.

Home sales in South Carolina reflect the optimism of an improving economy. Housing sales are up 3.7% across the state. As of November 10, 2012, housing sales were up nearly 39 percent over the same 1-month period a year ago. Median prices were up nearly two percent. Active inventories are down 12 percent year over year ago, causing median asking prices to increase over five percent.

For a long-term yearly trend, here are some startling numbers. Between January 1 and October 31, housing sales were up over 14 percent, with median prices up over five percent for the year. Housing supplies were down over six percent over the same 10-month period a year ago.

More good news on the home front:  South Carolina has been listed among the top ten tax-friendly states for retirees according to Kiplinger’s magazine! See why by visiting their website at Kiplinger.com.