January 2019 Greater Greenville Real Estate Market – Like the rest of the US, existing-home sales for Greenville SC declined in the month of December.

December suffered a 6.8 percent decrease in the number of Units Sold from November. Interestingly, December 2018 showed an increase of 4.1 percent in the Average Sold Price of existing-homes.

The National Association of Realtors®After stated that after two consecutive months of increases, existing-home sales declined in the month of December. None of the four major U.S. regions saw a gain in sales activity last month. 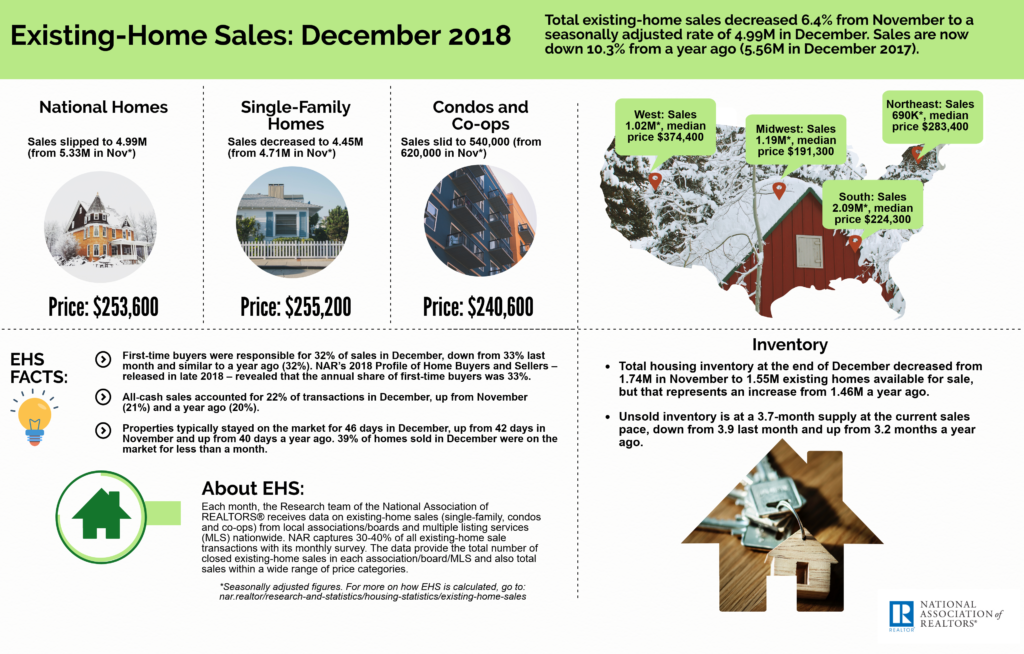 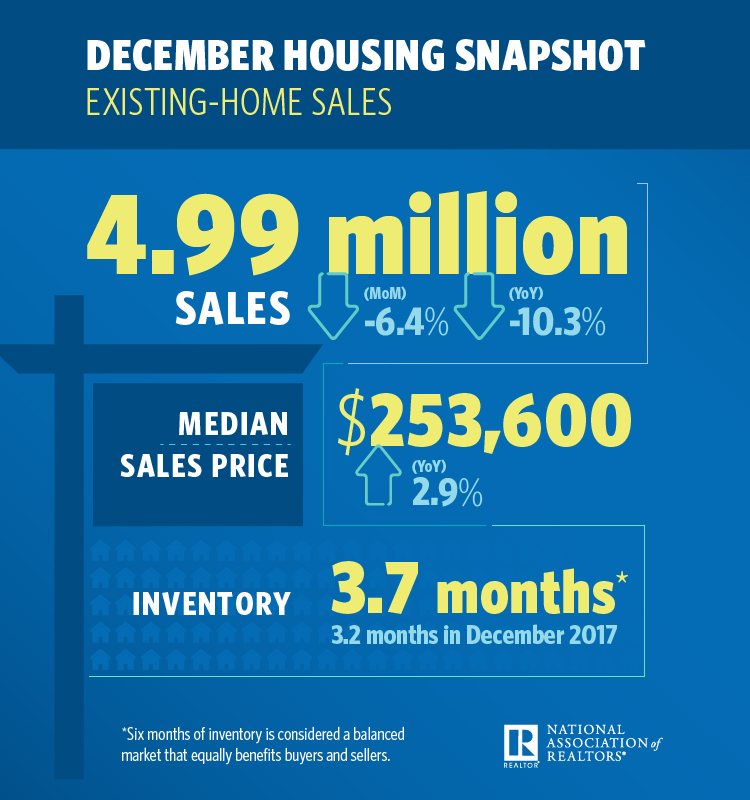